Blog - Latest News
You are here: Home / Nutrition and Health Tips / HOW MANY EGGS SHOULD I EAT? 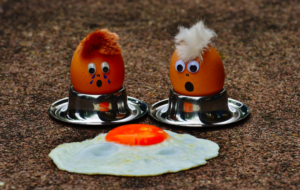 Eggs have been often in the middle of heated debates. Many sportsmen make a big use of them since they are cheap, tasty and rich in good quality proteins. For example, old school bodybuilders like Vince Gironda and others were used to eat large quantities of eggs, depicting this food as miraculous.

Someone else seems against eggs, pointing the finger to cholesterol and fat content which would be a risk for our health, saying you should stay below 3 or fewer eggs per week. Where is the truth? SPOILER: As usually, it’s in the middle! 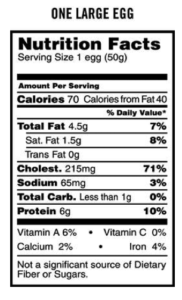 As we can see there are not so many calories in one egg, only 70 kcal (remember that a pizza can even reach 1000 kcal). The reason is that it’s mainly composed of water, around 85% by weight. So this is our first revaluation of eggs: eating them won’t affect your daily caloric intake as much as many other foods since their macros are “diluted”.

Talking about proteins, they are not as many as you may think: only 6-7g per egg. But eggs proteins are somewhat special. They have the higher biological value of all unprocessed food so that is used as the reference (eggs=100). This number represents how much the proteins are easy assimilated by the body, hence high numbers mean higher quality proteins. This depends upon the amino acidic profile of the total proteins contained: generally speaking the animal sources have higher biological values than vegetables (for example, soy has a value of 74).

Looking at the nutrition table, we see also 4.5 g of fats, of which 1.5 saturated fatty acids. Since fats bring more calories by weight than proteins, this is a relevant amount. These fats are present only in the yolk, while the egg white is almost 100% made of water and proteins. As we know, not all fatty acids are equal: here the saturated fatty acids portion is mostly composed by palmitic acid (23%) which is not the best fat, as in some circumstance contributes to increasing bad cholesterol level. The unsaturated fats are mostly oleic acid (47%) and linoleic (16%). These are omega-6 fats with good properties, especially when balanced with omega-3, which are also present in a small amount (2-3%).

Summarizing, one egg has only 1g of palmitic acid with the rest composed of generally healthy fats. The main sources of the palmitic acid are animals’ meat, cheese, some kinds of oils and butter…so if you don’t gorge yourself with these foods it’s not one egg per day which upset your daily fat intake.

There is also another important fact: not all the eggs have the same fat composition. How is this possible? It’s said that we are what we eat, and this is true also for the chickens! Hens mostly feed with vegetable quality food tend to produce eggs with increased omega-3 content. This happens in free-range and yarding poultry farming, so buying eggs from these farms not only encourage a more ethical approach but also a better quality product. Your health and soul will thank you! 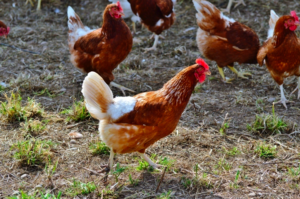 We can now talk about cholesterol, the major cause of all the concerns about eating too many eggs. Cholesterol is an organic molecule of enormous importance in the human body. It’s a constituent of the cellular membrane, protects nerves, but also a precursor of steroid hormones and vitamin D. It’s so important that the body produces it by itself for the 80% of its requirement, while normally the remaining 20% is taken from the diet.

The cholesterol is not water-soluble and since our blood is mostly composed of water, it has to be incorporated in a lipoprotein to be effectively carried where needed. The problems arise when there are too many low-density lipoproteins (LDL) carrying triglycerides and cholesterol: they are bulky and can deposit on the arteries leading to a condition called atherosclerosis, which is one of the most common causes of death and disability in the developed world. So as usual, there must be a balance between cholesterol and fatty acids assumption. 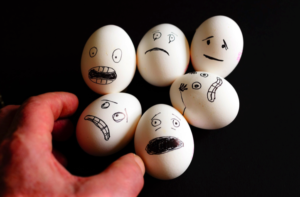 One egg contains 215mg of cholesterol which represents 70% of the recommended daily quantity. This is a noteworthy amount, especially if you eat also other cholesterol sources such as shrimps, animal fats, cheeses and chicken skin. Based on this many people should have a dangerous level of this substance, but normally this not happens because our body is smarter than you think: if too much cholesterol which is coming from the diet (exogenous cholesterol) makes the intracellular concentration too high, the intestinal absorptive cells decrease its absorption through a mechanism called negative-feedback, together with a decrease in the endogenous production.

However, for genetic and other reasons this “safety mechanism” it’s not so efficient in some people who struggle to keep cholesterol under control. In these cases it can be useful to restrict the exogenous cholesterol by limiting the above-mentioned foods, eggs included.

In eggs are present also others noteworthy substances: lecithin and avidin. The first one is found in the yolk and has a positive effect as it can reduce the cholesterol uptake. Avidin instead is found only in the white part and has an adverse effect, since it is attached to vitamin b7 (biotin) and limits the absorption of this essential nutrient. Both these substances are heat sensitive, so now we know the healthiest way to cook our eggs: the egg white fully cooked (70°C is enough) and the yolk slightly cooked or even almost raw, for example in the famous recipe called “eggs a la coque”.

So now that we know better this food we can try to answer the title question. There is not a unique answer: if you’re a young and sporty person who generally avoids junk food and with no history of hypercholesterolemia (also in your family), you don’t have to worry about how many eggs to eat, without prejudice to occasionally check your blood cholesterol levels which is always a good habit.

On the opposite, if you have bad blood analysis results (even as regards insulin and triglycerides) it’s better to reduce eggs in your diet by following at least the daily value indication mentioned in the previous paragraphs, which translates into 2-3 eggs per week in a normal diet. This is because with only one egg you are already close to the cholesterol limit of 300mg/die, which must be added to what you eat in your day, as small quantities are present in many other foods.

FRUCTOSE IN YOUR DIET: ALLY OR ENEMY? SIX REASONS WHY YOU’RE NOT LOSING FAT
Scroll to top